The title of Chapter 11 of Moby-Dick, “Nightgown,” does not refer to Ishmael’s or Queequeg’s pajamas, but rather to the cold enveloping the pair’s bodies as they pass their second night together at the Spouter-Inn in New Bedford. Indeed, most of the point of this chapter, besides to show the deepening of Ishmael and Queequeg’s relationship, seems to be for the former to deliver his recommendations as to how to accustom oneself to wearing the cold like an outer garment, to have it always brushing against one’s bodily warmth. This is not entirely an unexpected recommendation from a man about to set sail on a three y

ear’s journey in the dead of a bitter, New England winter, but notably we find him perfectly content in the absence of “the luxurious discomforts of the rich”: “We felt very nice and snug, the more so since it was so chilly out of doors; indeed out of bed-clothes too, seeing that there was no fire in the room.” Ishmael’s image of he and Queequeg reclined against the headboard with their four knees drawn close together indicates another creature comfort missing from the room besides a fire.

In centuries past, a warming-pan was an implement used to heat bedclothes to a more desirable temperature in cold months. Hot coals would be shoveled into an open pan (often made of copper) with a closing lid featuring (sometimes quite artful) patterns of holes and slits so the hot air would emit from the pan and warm the sheets into which the pan would be slid with the help of a long, wooden handle. Now, it is unlikely that Peter Coffin kept a ready supply of warming-pans for his lodgers, though it is not impossible to imagine him coming along with one to cozy Ishmael and Queequeg’s nest. Even had he made the offer, we are made to think that Ishmael would have declined it. With a simile that calls attention to the similarity in shape of a patella and a warming-pan basin, and also takes advantage of a lexical similarity of Melville’s day—knee caps were then also known as “knee-pans”; cf. Elements of the Anatomy of the Human Body in its S

ound State (1831), by Alexander Monro, M.D.—Ishmael represents he and his bedfellow as perfectly, contentedly wrapped in the gown of a cold New Bedford night. The connection between the knee-pan and the warming-pan is made not owing to Ishmael’s longing for the latter. Their “knee-pans were warming-pans,” in the sense of emitting the only heat they needed: not emitting from the knee-pan especially, but from their entire bodies. The warmth of their bodies emitting, comingling, and returning, Ishmael and Queequeg make their own heat. 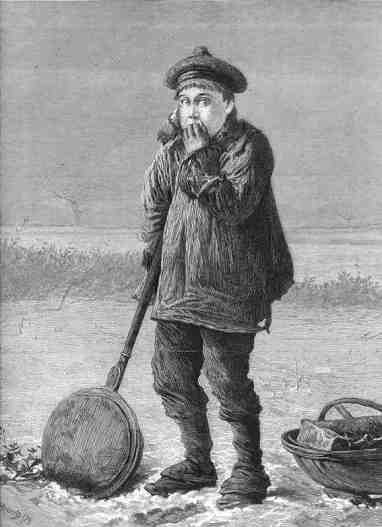